With freezing temperatures becoming more common during the UK’s winter months, it is more important than ever to make sure that your car is prepared for anything that the cold snap can throw at you. 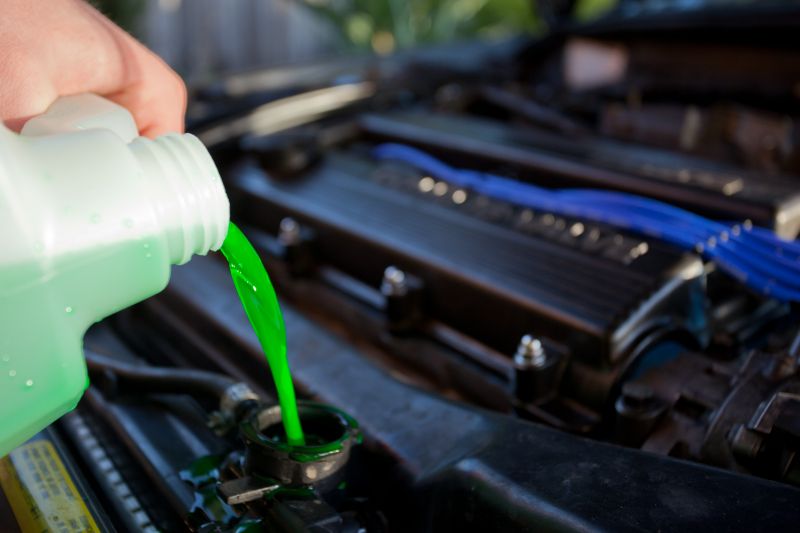 One thing that you need to check before you have even left the driveway is whether or not your engine’s cooling system contains a sufficient amount of antifreeze. Advanced Radiators, a specialist stockist in car radiators, will help you understand why and how you can keep your engine winter-proof with the aid of antifreeze:

So what is antifreeze?

Antifreeze is a substance that when mixed with water creates a fluid commonly known as coolant. The reason why this is useful is because any water that is currently in your engine may be susceptible to freezing when temperatures begin to drop. It is not only useful in the winter; during high temperatures antifreeze stops water from boiling, so it’s important to make sure you’re using it in every season.

This all sounds pretty straightforward so far. However, be aware that there are two types of antifreeze and you’ll need to check whether or not it is compatible with your car’s engine before you use it.

This becomes technical when we consider what year your car was manufactured. If it was after 1998, then you’ll need to use OAT antifreeze, short for organic acid technology. The reason why is because cars after this year began to use more aluminium components, and this antifreeze helps to negate the corrosion of these materials.

However, if your car was built before 1998, then you’ll need a non-OAT based antifreeze. This is because the engines in these cars tend to be composed of more copper and brass, so this product provides thorough protection against the corrosion of these metals.

How do I know whether there’s antifreeze in the engine?

This isn’t as hard as you think; open your bonnet and look for the coolant overflow tank; it usually appears as a transparent white colour.

Once you’ve done this, look for the level mark. There should be a level determining how much coolant is in your engine. Make sure that the coolant is between the high and low marking, so you can be sure there is sufficient antifreeze in the engine.

Although this is a pretty simple method for adding coolant, in some instances this isn’t the case. When you lift the bonnet on an older vehicle, you may find that there is no coolant overflow tank used to dispense antifreeze. If this is the case, unscrew the cap on the car radiator when cool and use when the liquid is below the given marking.

What should I do when my antifreeze is too low?

If your coolant is below the required marking stated on the overflow tank, then be patient; you need to ensure the engine is cool before you begin topping it up with liquid. If you don’t, then one of two things may happen. You could end up burning yourself, or the engine block may crack due to the quick change in temperature between the engine and coolant.

Once you’ve given the engine time to cool, add an equal amount of antifreeze to water. It should always be filled to the high-level marking when you’re running low on coolant. Some coolants come pre-mixed, so just make sure you check what type you’ve purchased.

Can’t I just add water to keep my engine cool?

If you’re only adding water to your car’s cooling system, then be prepared for engine corrosion. When vehicle components such as the water pump, radiator, heating system and engine are exposed to water alone, it is likely that the fluid can rust and corrode these parts individually. Therefore, it’s important that antifreeze is used to keep these parts lubricated.

Tags: Antifreeze, So what is antifreeze

How to Find the Right Auto Repair Shop for You